Microsoft has released an update that enables PCs without hardware virtualization to also take advantage of Windows XP Mode.  This change simplifies the customer experience and makes this benefit accessible to many more PCs.

When will this happen?

The removal of this requirement has been publicly announced today, March 18th 2010 with the update available on the Windows XP Mode download page at the same time.

How does this impact MED-V?

MED-V 1.0 SP1 builds on Microsoft Virtual PC 2007 to help enterprises with their upgrade to Windows Vista and Windows 7 when applications are not yet compatible.

The user experience provided by MED-V is similar to “Windows XP mode” – even though a different virtualization technology is used.

MED-V 2.0 will leverage Windows Virtual PC and will benefit from the update above. Availability date for MED-V 2.0 is yet to be announced.

In case you didn’t notice, Microsoft will end support for Windows 2000 (Client and Server) and Windows XP SP2 on July 13, 2010. Customers will no longer be able to call Microsoft for support or receive free security updates from Microsoft unless they move to a supported version of the operating system.

Update (18-Jan-2010): Windows XP SP3 is going into extended support till April 2014 meaning that you can get hotfixes if you enter into a (paid) Extended Hotfix Support agreement, which is not included by default in a Premier Support agreement.

This post (as with all other posts on microsoftnow.com), is provided “as is” and confers no rights.

Setting up Virtual Windows XP (aka “XP mode”) in Windows 7

Last evening, I installed Windows 7 Ultimate Edition x64 Release Candidate (RC) on my Lenovo W500 notebook. Since I was moving from Windows 7 Ultimate x32 Beta, this meant a complete re-installation, as there is no upgrade option from beta to RC.

The installation was pretty smooth and I did not have issues with drivers for the standard hardware on this notebook.

After installing the RC, I decided to try out Virtual Windows XP (or ‘XP Mode’ as the media calls it). Here’s how I went about doing it:

How does one end a process running on the Virtual Windows XP machine?

XP Mode is a really cool feature that will help organizations running Windows XP to make the move to Windows 7 much easier. Legacy applications that do not support running on Windows Vista or Windows 7 can still continue running on XP mode, just like we ran Internet Explorer 6 on Windows 7 in this example. The user simply clicks on a shortcut on the Windows 7 Start Menu or desktop and the Windows XP application opens, giving the end-user a seamless experience.

How to enable Remote Desktop remotely

This article explains how you can enable Remote Desktop on a server that you do not have physical access to.

You’ve built new servers, updated them with the latest service pack, and even run Windows Update. Proud of the good job you done, you move upstairs to the comfort of your office to do the rest of the installation, away from the freezing server room. And then you suddenly realize that you did not enable Remote Desktop connections on your new server. Aw, now you need to go back all the way to your data center to enable RDP. The situation is even worse if you pre-configured the server without enabling RDP and shipped it to your branch location in Timbuktu!

Well, here’s the good news. You can actually enable remote desktop remotely. All you need to do is open up the registry of that server remotely, and make some changes and then initiate a remote restart of the server. Well, that’s the only downside – you normally don’t need a restart if you enable it physically.
1. On your Windows workstation, open Registry Editor (Start –> Run –> Regedit.exe –> OK)
2. On the File menu, choose Connect Network Registry.

3. Select the name of the computer that you want to enable RDP on. Make sure the logged in user has administrator rights on the remote server.

4. On the remote computer, Navigate to the key HKLMSYSTEMCurrentControlSetControlTerminal Server. Find a value named fDenyTSConnection and change it to 0 (zero).

5. Restart the remote computer by typing the following command in the Command prompt of your workstation.

where ‘myserver’ is the name of your server.

6. Wait for the server to restart and connect to it using Remote Desktop Connection (MSTSC) from your Windows PC.

The Future of Windows XP

After having tirelessly served the world for more than eight years, Windows XP is fast being replaced by its younger brother, Windows Vista.

Most of us are curious to know what exactly is the future of Windows XP. Most of us have seen it in retail stores, and even seen it being shipped with new computers even after the launch of Windows Vista.

So what does the future hold for Windows XP? What if you can’t run Vista, and you really must use Windows XP? How long can you use Windows XP? To get an answer to all these questions, and much more – read what Microsoft has to say: Windows XP: The facts about the future.

Unlocking files that are in use

Sometimes you cannot delete or rename a file that is currently in use. You might receive an access violation error, or simply a message telling you that your action could not be completed because the file is open in another program.

You may have already come across the Unlocker freeware tool that lets you "unlock" files that are in use by some application.

Here is another way (let’s call it the ‘techie’ way) to unlock files that are in use. It makes use of the Process Explorer tool from Windows SysInternals.

Your file is now unlocked and can now be deleted, moved or renamed.

A little disclaimer here, closing handles might cause data inconsistency, loss and/or other undesirable effects. Make sure you understand what you’re doing before you do it.

The release candidate of Windows XP Service Pack 3 is available for download. Service Pack 3 is more of a rollup of hotfixes and updates rather than a feature/experience enhancement. In short, it contains things that make Windows XP more secure, more reliable and faster. The user will not see noticeable change in the experience in general.

The Windows Vista Service Pack 1 Release Candidate is also available for download. There are large number of improvements for performance, security, reliability, interoperability, hardware compatibility, and deployment. There also some improvements for power consumption, desktop administration and is better geared for Windows Server 2008, the next version of Microsoft’s server OS.

Please note that Release Candidates are not the fully released versions and you will not receive support for it. Release candidates are for testing purposes. Please wait for the final release of the service pack before deploying to production systems.

If you’ve been using Windows Server 2003 for sometime and feel that the classic interface is kind of boring, you can make it look like Windows XP.

Open the ‘Services’ MMC snap-in and change the properties of the “Themes” service. Change the startup type to “Automatic” and “Start” the service.

Now, go to Control Panel and open the “Display” applet. Open the ‘Appearance’ tab and in the drop down box there, you will find the ‘Windows XP’ theme! 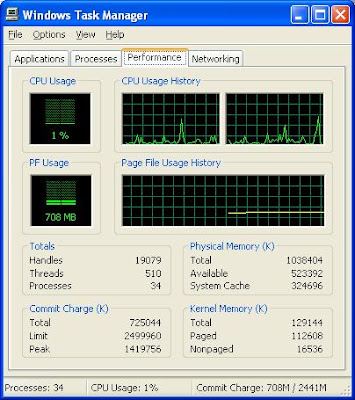