Across the Windows Phone family of products, Microsoft’s intention is to bring together everything that’s important to our customers.  This vision guided our strategy for Windows Phone 7 and is now being brought to life for a new audience with today’s announcement of KIN.  The result is two experiences that share the same underlying philosophy and design, but were created for two purposes – two kinds of audiences.

While Windows Phone 7 is a multipurpose phone for a broad set of consumers, KIN is for a generation of people that live to be connected to their friends and their family. They get their news through Facebook and Twitter, and they can’t bear to be cut off from their friends. They connect, express and relate through technology, and this generation needs a phone to help them share their life moment to moment.

KIN delivers breakthroughs throughout the product such as the Loop, the Spot, and the Studio:

As soon as I got my hands on Windows Mobile 6.5, I decided to test the text message (SMS) integration feature in Exchange Server 2010 Unified Messaging. This feature basically allow SMS text messages on your phone to be synchronized back to the Exchange Server where they can be easily searched and archived.

You can set up your Windows Phone to synchronize text messages in the Activesync options:

The feature also allows you to compose and send SMS text messages from Outlook or Outlook Web App. Let’s take a closer look:

You now have your voicemail, email, fax, SMS text messages, missed call alerts, missed conversations, all in one convenient location – your Outlook inbox. This is the power of Unified Messaging. 🙂

Windows Phone, the next generation Windows Mobile was released worldwide yesterday. While the previous versions of Windows Mobile were focused on business applications, the new focus is on Work AND Play.

The new Windows phone will keep you connected to your business e-mail, calendar and contacts, as well as help you stay in touch with friends and family with voice, messaging, photo and video sharing, and social networking. Key new features for Windows phone include:

A word on upgrades:

Day before yesterday, I wrote about the Blackberry update that caused device batteries to drain out on a UAE telco’s Blackberry subscriber network.

A later report in the Gulf News has revealed that the fateful patch, distributed by Etisalat, contained what is called an ‘interceptor’. An interceptor is basically a program that can potentially send a copy of each message on the device back to the service provider – which I would call – a serious privacy issue.

Quote from the Gulf News:

After a confirmation is successfully sent by the BlackBerry device to
etisalat, the device waits for a message from etisalat to activate the
interceptor software.
…if and when the command is received, the software sends every subsequent
opened message to etisalat.

…the software was also designed to protect itself from removal. It tracks changes to the system configuration and if it detects any, it uninstalls then reinstalls itself.

Apparently the battery drain was caused due the device waiting on an open data connection to send confirmation to Etisalat for the interceptor.

Unlike Blackberry devices, Windows Mobile devices are not managed by the service provider or telco. They are managed by the organization that owns/administers the devices, and hence there is a more complete degree of control on what software gets installed on these devices. All communication between the Windows Mobile device and the Exchange servers (email servers hosted within the organization’s premises), happens through a secure, encrypted SSL tunnel between the device and the server over the 3G/GPRS network. The operator only provides simple internet connectivity for the device, and can’t do much to intercept or tamper with email data getting sync’d with the device.

However, some organizations refrain from going the Windows Mobile way, the common reason being the ability to have consistent monthly data charges with the Blackberry. However, based on a recent survey with Windows Mobile users, we found very compelling results:

Windows Mobile 7: Is this it?

by Shijaz Abdulla on 07.01.2008 at 08:08
In his InsideMicrosoft blog, Nathan Weinberg explains in great detail about next version of Windows Mobile, version 7.0.

In addition to the stylus, iPhone-like touch interface, WM 7.0 will supposedly have one more mode of interaction – you can shake it!

Nathan claims that this is inside information from his sources. Whether this is legitimate or not, only time can tell – but it sure looks amazing!
http://microsoft.blognewschannel.com/archives/2008/01/06/exclusive-windows-mobile-7-to-focus-on-touch-and-motion-gestures/ 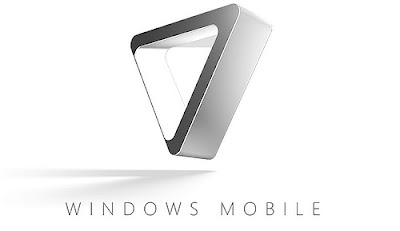 Pointui is an “skin” application developed for Windows Mobile 5.0 and Windows Mobile 6.0. It adds the functionality to detect your “finger swipes” on the surface of Windows Mobile devices instead of the stylus, much like the iPhone.

Pointui claims to run on any current Windows Mobile hardware. Who would have ever thought this is all just software?!

Pointui is also a skin that redesigns the interface, gives you a better call log and also re-organizes menus, to make the WM interface easier to use.

Thank you Ebrahim Ahmadi for this update!