Next generation Microsoft Surface available for pre-order in Qatar

Qatar is one of the 23 countries in the world where Microsoft Surface 2.0 is available for pre-order as of November 17, 2011. The product is available through Samsung resellers via the Samsung Electronics website.

The Samsung SUR40 with PixelSense technology makes it possible for people to share, collaborate and explore together using a large, thin display. Recognizing up to 50 points of simultaneous touch, including fingers, hands and other objects placed on the screen, it has been well-received by new and existing Surface customers as companies such as Dassault Aviation, Fujifilm Corp. and Royal Bank of Canada prepare to deploy units around the globe in early 2012.

Announced earlier this week, the next-generation device was named a 2011 “Best of What’s New” award winner by Popular Science magazine.

Partners and Software developers interested in creating solutions for the Samsung SUR40 can visit the Surface Developer Center to get started with the Surface 2.0 software developer kit, featuring the Input Simulator, which enables developers to write Surface applications on any Windows 7 machine, as well as other helpful developer-related resources. There are already hundreds of highly skilled Surface software development partners that can be found at http://www.surface.com.

During my recent trip to Dubai, I came across Microsoft Surface units in the Emirates Lounge at Dubai Airport Terminal 3.

The Microsoft Surface units had a variety of applications, games and media on it for passenger entertainment. I found an intuitive application that lets one customize and send a postcard via email. Here’s a video of that application that I took on my cellphone camera.

I was holding the cellphone with one hand, so I couldn’t demonstrate true ‘multi-touch’ 🙂

The Emirates lounge also had many xbox units with some exciting games, including Forza Motorsport. The whole lounge is pretty hi-tech, except for the internet kiosks, which still ran Windows XP with Internet Explorer 6 in a lockdown mode, that allows only one browser instance to be opened with no tabs!

Several months ago when I first wrote about Microsoft Surface, many readers told me how impressed they were with the surface computing technology that makes it so natural for users to interact with it. But many readers also expressed concerns on what would be the potential use of such an exciting piece of technology to the average business user.

So here I bring you some of the newer advancements in this area of research – each of these videos show a different application running on the surface – from documenting heart surgeries, to managing credit card finances! 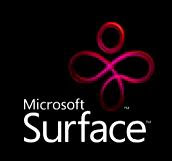 First it was with Windows Vista, and now it is with something totally new and simply astounding. Unimaginable. Microsoft’s doing it again. They keep coming up with exhilarating technology that just makes us go – wow!
Imagine this: You walk in to your home and have an interactive table in front of you. You can draw things on it with your hands, do stuff that you do on a computer – without a mouse or a keyboard!!
You shuffle through photos on the table-top with your fingers – just as though they were real photos scattered all over the table! You hold the edges of the photos with your fingers and pull them and they resize!
Unbelievable? 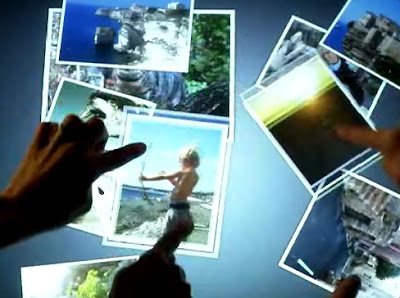 You place your phone or your Zune on the Surface and not only does it sync automatically – you can also ‘pull out’ files using your fingers and put them on the Surface near the device, so that the device will pick it up and save it – right off the Surface! 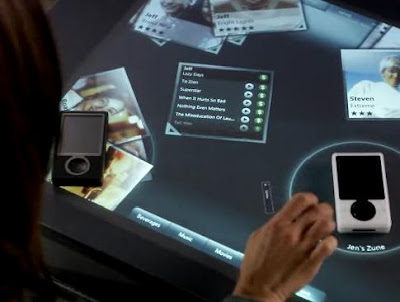 You find your music albums scattered on the Surface and you flip through them with your fingers and select your choice of music. You can place your phone on the surface and roll out your city map and select the place you wanna go and your GPS enabled device takes you there! 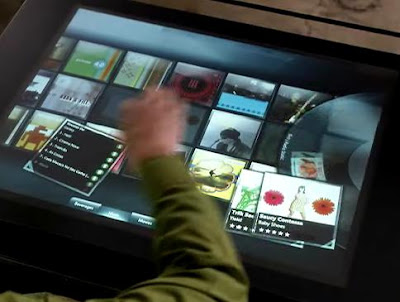 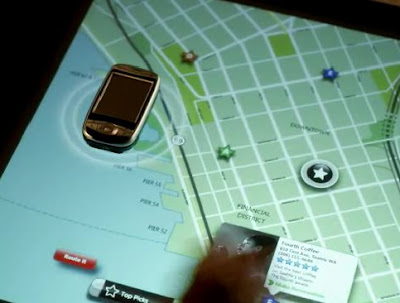 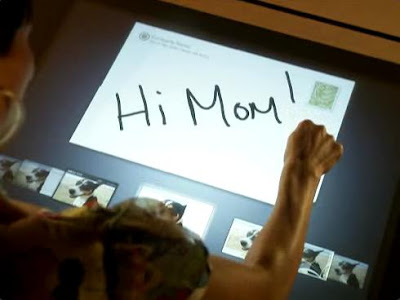 Microsoft Surface – really a “must see”: www.microsoft.com/surface
I’m still recovering from what I saw.
Categories:  'Uncategorized'
Tags:  'microsoft surface, surface computing, wow'
There  are no comments.