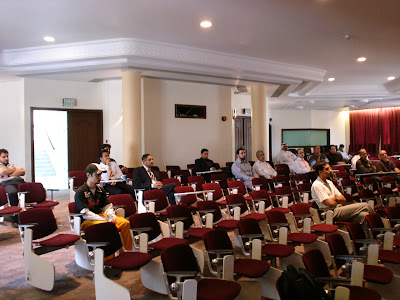 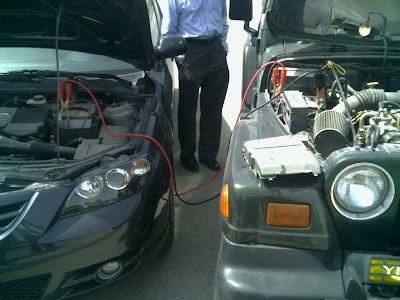 Qatar Infrastructure Community eXperts (QicX) user group is conducting its third quarterly session on July 19th at Qatar Red Crescent Society, Doha.
I will be presenting at the event on System Center Virtual Machine Manager (SCVMM) Beta 2. I intend to give an overview on SCVMM, the virtualization concept & vision, and a demo on SCVMM.

The session is free to attend, but requires registration. There will also be other informative sessions by experts at this event. To register for this event or for more details, click here.

I was thrilled when my MVP lead Amr introduced me by email to the Microsoft Qatar team. I was even more thrilled when Ankur Kothari said that they would like to meet me.

So there I went along to yet another local Microsoft office. They’ve got this neat little place in Qatar Foundation – a villa turned into a ….. ummm… err…. Microsoft! I had a great discussion with Ankur about the Qicx community that he started in Qatar and I also got to meet those that can be called ‘the Microsoft Qatar family’.

Ankur, can I have the XBOX that’s in your conference room, please?!

Categories:  'Uncategorized'
Tags:  'mvp, qatar, qicx'
There  are no comments.