How many times have we got one of those emails from an African country, promising us a large reward for letting them use our bank account to transfer money?

You might think that in this day and age, people are aware of such fraudulent acts and do not fall into such traps. Wrong! There’s still a  large number of people who fall for such things, as in the case of Sherif, an Indian living in Doha – who happens to hail from the same Indian district that I am from – Kannur.

As per a newspaper report, Sherif paid the Nigerian guy about $80,000 as ‘processing fee’ for transferring $150,000 to his bank account in Kerala, India. He eventually got ‘suspicious’ when the Nigerian kept asking for more money and complained to the Cyber Cell of the Kerala Police.

The cops set a trap for the Nigerian, Shabha Muhammed Razaq, and asked him to come to Bangalore to collect more money. Razaq walked into the police trap and he was caught with counterfeit US currency, fake passports and some chemicals (?!).

Razak was part of a much bigger gang engaged in internet fraud in India and admitted tricking many people living in other Indian states.

A great job done by the Cybercops of Kerala! However, the general public need to be more alert and aware about such scams, that take advantage one basic human instinct – greed!

Leaving on a Jetplane

John Denver, "Leaving on a Jetplane"

I’m off to my home town Kannur in Kerala state, India, tomorrow for a month’s break. I will be back by the end of next month. Blogging will be less frequent during my vacation so don’t be surprised if there is a period of silence.

OK, here’s some good news that I’d like to share – I’m getting married to Rosna on Sunday, June 1, 2008 at a quiet ceremony in Kannur.

by Shijaz Abdulla on 27.08.2007 at 13:04
Tafiti is a new project from Microsoft which provides a whole new way to search online. I wouldn’t quite call it a search engine, but its something pretty amazing.

I searched for my hometown ‘Kannur’ on Tafiti, and here’s what I got (click to enlarge): 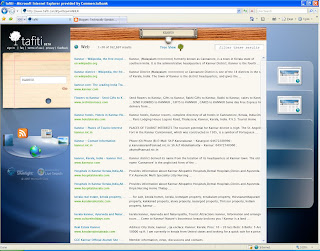 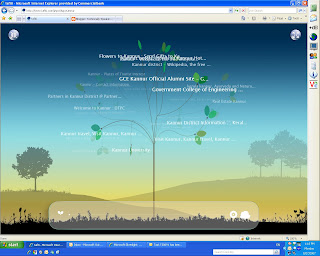 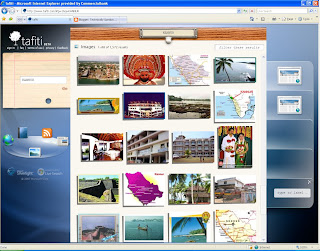 kannur in the news. 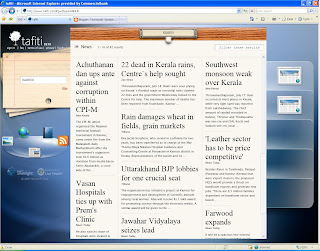 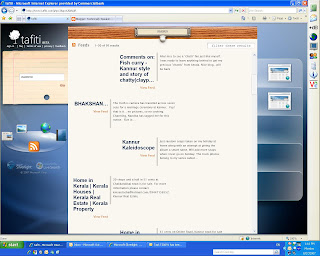 Tafiti is powered by Microsoft Silverlight. Silverlight is a cross-browser, cross-platform plug-in for delivering the next generation of Microsoft .NET–based media experiences and rich interactive applications for the Web. I think pretty soon it’s going to compete with Adobe Flash. 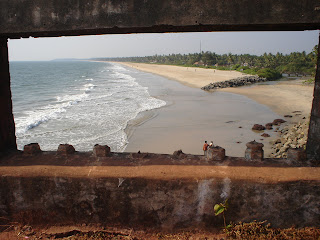