With the explosion of new Windows 8 hardware in the industry, I stumbled upon this great comparison of devices on thedigitalmediazone.com

Microsoft yesterday announced Surface, a new family of PCs for Windows, at an event in Hollywood. The Microsoft-made hardware will be available starting with the release of Windows 8 and Windows RT. The devices were conceived, designed and engineered entirely by Microsoft employees.

(1), (2). Actual size and weight of the device may vary due to configuration and manufacturing process.

Above and below are pictures of the devices from the Surface gallery on the Microsoft website.

How to install Windows 8 on Acer Iconia tab W500

Credit goes to fellow techie Ahmed Ali Ibrahim of Qatar for his inputs.

Here’s how we installed Windows 8 Developer Preview on an Acer Iconia tab W500.

If you had installed the 64-bit version of Windows 8 Developer Preview, the G-sensor will not work as the driver on the Acer website is only for 32-bit versions of Windows.

Setting up a Hyper-V test lab

There are certain points to keep in mind while selecting hardware for a virtualized test lab environment, some of which I will enlist here.

This is one of the most important components to be taken into consideration:

It goes without saying that you need proper cooling on your system chassis, a decent graphics card, a DVD-RW drive, and an LCD monitor that won’t strain your eyes too much.

Hope this helps you geeks out there in planning hardware purchases for your home lab :). Post a comment below to discuss this topic.

Categories:  'Uncategorized'
Tags:  'hardware, Hyper-V'
There  are no comments.

Setting up a Windows 7 Media Center

I’m setting up a Windows 7 Media Center at home and thought I’d share feedback on how I went about getting it done. Being a tech enthusiast, and NOT much of the movies/music person, I went for something very modest and inexpensive.

I would have preferred a keyboard with built-in trackball instead of a mouse for living room coffee table convenience, but I couldn’t get hold of one.

I used the LifeCam VX-6000 only because I had a spare one lying around. For those buying a new webcam, I would recommend the LifeCam Cinema, a great webcam that I had evaluated:

The LifeCam VX-6000 that I used is an older model, that has the following features:

Why a webcam on my Media Center PC? OK, I like to use the living room computer for video conferencing with relatives, because this way the whole family can be on the couch *and* within frame 🙂

I am still looking for a good, locally available external TV Tuner/Capture card that is on the Windows Media Center Hardware Compatibility List (HCL). The ones that I found locally are from Lightwave – and that’s not listed on the HCL. I already have an STB with RCA composite output and RF out jack, and I’m looking for a capture card that will receive one of these and display it in Windows Media Center. I will post an update when I finally install a TV Tuner. 🙂

Meanwhile, if any of you have got Lightwave TV tuner cards working with Windows Media Center, please post a comment and let me know of your experience.

For now, the only thing I watch on my PC is Internet TV from IslamBox.TV.

The audio from my TV is good enough for me. You can always connect a sophisticated audio system if your TV supports it. The Revo only has a headphone jack.

Here are some pictures of my living room computer 🙂

Pointui is an “skin” application developed for Windows Mobile 5.0 and Windows Mobile 6.0. It adds the functionality to detect your “finger swipes” on the surface of Windows Mobile devices instead of the stylus, much like the iPhone.

Pointui claims to run on any current Windows Mobile hardware. Who would have ever thought this is all just software?!

Pointui is also a skin that redesigns the interface, gives you a better call log and also re-organizes menus, to make the WM interface easier to use.

What’s inside the Apple iPhone?

The guys at TechRepublic have totally disassembled an Apple iPhone. If you’ve always wondered what its like inside one of those, this is your chance. Check out their step by step image gallery as they strip the handheld piece by piece. 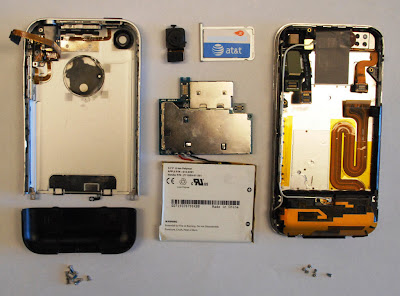 Categories:  'Uncategorized'
Tags:  'apple, hardware, pda'
There  are no comments. 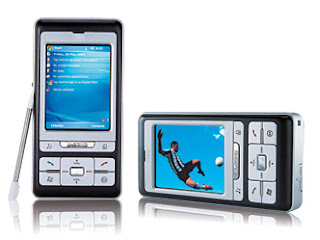 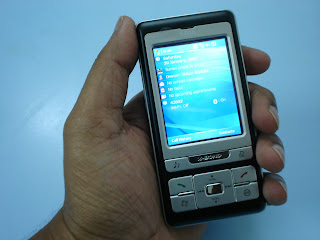 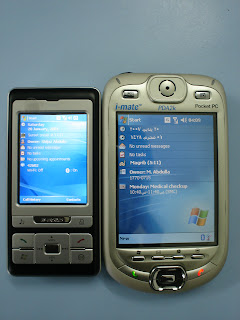