Microsoft walks away from Yahoo

On May 3, 2008, Microsoft withdrew its proposal to acquire Yahoo.

In a letter to Jerry Yang, CEO and Chief of Yahoo, and a press release on the same day, Microsoft announced the withdrawal its offer to acquire Yahoo.

“Despite our best efforts, including raising our bid by roughly $5 billion, Yahoo! has not moved toward accepting our offer. After careful consideration, we believe the economics demanded by Yahoo! do not make sense for us, and it is in the best interests of Microsoft stockholders, employees and other stakeholders to withdraw our proposal,” said Steve Ballmer, CEO of Microsoft.

In the letter to Yang, Balmer also raises concerns over Yahoo’s plans to outsource internet search terms for advertising to Google, and why it would make an acquisition of Yahoo ‘undesirable’ for Microsoft. 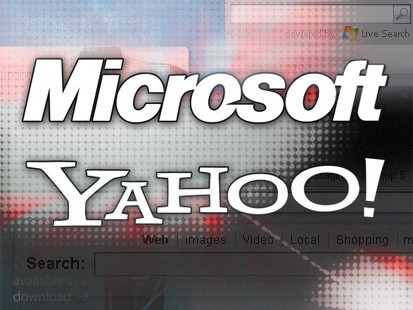 On 5th April, 2008, Steve Balmer sent a letter to the Yahoo! board of directors.
Here are some excerpts from the letter:
“…the Internet has continued to march on, while the public equity markets and overall economic conditions have weakened considerably, both in general and for other Internet-focused companies in particular. At the same time, public indicators suggest that Yahoo!’s search and page view shares have declined….”
“By any fair measure, the large premium we offered in January is even more significant today. We believe that the majority of your shareholders share this assessment, even after reviewing your public disclosures relating to your future prospects.”
“If we have not concluded an agreement within the next three weeks, we will be compelled to take our case directly to your shareholders, including the initiation of a proxy contest to elect an alternative slate of directors for the Yahoo! board. The substantial premium reflected in our initial proposal anticipated a friendly transaction with you. If we are forced to take an offer directly to your shareholders, that action will have an undesirable impact on the value of your company from our perspective which will be reflected in the terms of our proposal.”
Hmm. I am reminded of the bumper sticker:

We are Microsoft. Resistance is futile. You will be assimilated.

Microsoft Corporation (NASDAQ:MSFT) issued the following statement on February 11 in response to the announcement by Yahoo! Inc. (NASDAQ:YHOO) that its Board of Directors has rejected Microsoft’s previously announced proposal to acquire Yahoo!:

It is unfortunate that Yahoo! has not embraced our full and fair proposal to combine our companies. Based on conversations with stakeholders of both companies, we are confident that moving forward promptly to consummate a transaction is in the best interests of all parties.

We are offering shareholders superior value and the opportunity to participate in the upside of the combined company. The combination also offers an increasingly exciting set of solutions for consumers, publishers and advertisers while becoming better positioned to compete in the online services market.

The Yahoo! response does not change our belief in the strategic and financial merits of our proposal. As we have said previously, Microsoft reserves the right to pursue all necessary steps to ensure that Yahoo!’s shareholders are provided with the opportunity to realize the value inherent in our proposal.

On February 1, 2008, Microsoft announced a proposal to acquire all the outstanding shares of Yahoo! common stock for per share consideration of $31 representing a total equity value of approximately $44.6 billion and a 62 percent premium above the closing price of Yahoo! common stock based on the closing prices of the stocks of both companies on Jan. 31, 2008, the last day of trading prior to Microsoft’s announcement. Microsoft’s proposal would allow the Yahoo! shareholders to elect to receive cash or a fixed number of shares of Microsoft common stock, with the total consideration payable to Yahoo! shareholders consisting of one-half cash and one-half Microsoft common stock. [Read more]